(Motorsport-Total.com) – It is always idle to make claims afterwards that you will never be able to check whether they are true or not. A legend that persists in insider circles goes like this: The Toyota TF110, which was developed for the 2010 season, but was never used due to the Japanese dropping out of Formula 1, would have had what it took to Timo Glock To make world champion.

Many are convinced that the Toyota TF110 could have won races


So in the podcast ‘Starting Grid’ we asked today’s DTM driver whether he would really be a champion if things had continued normally at Toyota 2010. Glock says that he can “not answer” because he has “no idea”. But he states: “We really had a car that would have gone much more in my direction.”

You have to know that with Jarno Trulli, Glock had a team colleague who was considered a super qualifier and who set the course as an established warhorse. But Glock spent a lot of time in the simulator and worked closely with the team to gain more influence: “We gradually brought the car more and more in my direction because Jarno really had a special driving style.”

The TF110 should have finally made its big breakthrough in the ninth year of Toyota in Formula 1. But the global economic crisis intervened, the board in Japan pulled the plug on the Grand Prix program. Zoran Stefanovic later tried (unsuccessfully) to buy the finished cars and use them under the name Stefan GP.

Engineers: TF110 was better than the Ferrari F10

“I know from engineers who went to Ferrari from Toyota that our aeropoints were above those of Ferrari when Toyota left off, and that was a good step,” recalls Glock. “And I knew we had found something from the engine again. The package would have been good.”

The secret insider comparison with Ferrari is a strong indication that the TF110 would have been a real grenade. Fernando Alonso celebrated five victories on Ferrari in 2010 and missed the world title in the dramatic final of Abu Dhabi by only four points against Sebastian Vettel on Red Bull.

The showdown in the last race might have been a pentathlon instead of a fourfight if Glock had mixed in with Toyota. In retrospect, of course, that’s speculation, as the German himself knows best: “I can’t say whether it would have been for the World Cup title. But the car would have been really, really good.”

Instead, Glock’s career in Formula 1 went steeply down after the Toyota exit. For 2010 he already had the finished Renault contract in his pocket, which then “fell into void” when the French announced the exit from the premier class. And negotiations with McLaren failed when Jenson Button surprisingly signed there.

Glock remembers: “There were a lot of other things happening at the same time, which unfortunately I can’t tell everyone. It was a very intense time that made me think a lot. The time was not easy at any level. I had to Make decisions for me about what the future looks like. “

Ultimately, he opted for the new Virgin team around designer Nick Wirth, who gave the impression with innovative technical ideas that he could put together a successful Formula 1 program. That turned out to be a total misjudgment: “At first I am glad that I came out of it reasonably well,” sighs Glock.

June 2004: At the tender age of 22, Timo Glock steps onto the big Grand Prix stage for the first time. The young German replaces the actual regular pilot Giorgio Pantano at the Canadian Grand Prix at Jordan.


“Things happened in the car! The front wing broke in the first test, in the second lap. In Spa I drove through Eau Rouge, the power steering went to ‘Block’. All that stuff. There were things where I say afterwards: I’m just glad that I got out of the number without injuries. That was borderline in part. “

Times when he had thoughts of resignation. Glock ultimately drove three years for the racing team, which was renamed Marussia in 2011. His best result was a twelfth place at the 2012 Singapore Grand Prix. He then switched to BMW in the DTM, where he has won five races since then.

What many no longer have on the screen: In 2006, when he came back to Europe after a successful ChampCar intermezzo (rookie of the year 2005) and made another attempt at Formula 1 from the GP2, Glock was already at a crossroads . In his first nine races for the BCN team, he only managed two top 10 results. 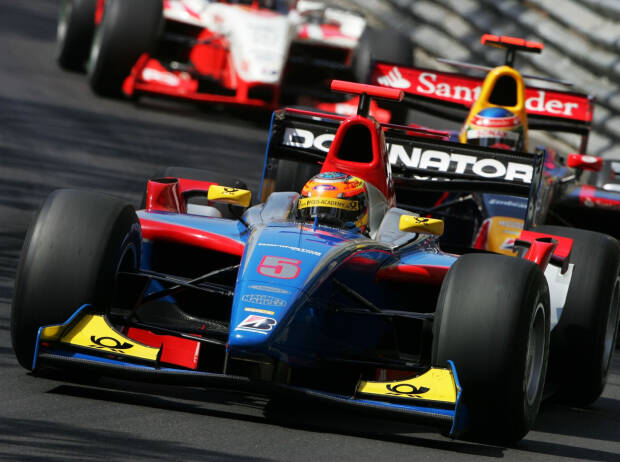 
“The car was anything but fast. And the team really couldn’t do fundamental things,” recalls Glock and gives a terrifying example: “I drove a whole weekend in Imola with a leaning steering wheel. It wasn’t possible to do that To set the track straight. “

“Then Monaco came. You still hope that you can do a bit as a driver there. I started from 19 and ended up in fourth place. Four laps before the end there is a car at the tunnel entrance. I have Sitting in the car and thinking: ‘Nothing can be true, there isn’t anything.’ “

A sobering experience with consequences: “Then I ran back to the pits and called my father in the evening and said: ‘Look out, I’ll be back on Monday, I’ll stop doing all that shit. I don’t feel like it anymore all nothing. I will become a scaffolding engineer again. ‘”

But then suddenly a door opened for the established iSport team: “That weekend both drivers flew out in the first corner. Paul Jackson, the team leader, had nothing to do in the race. So he got into the swimming pool chicane and sector times taken with the stopwatch. And I was the only one there that was as fast as Hamilton. “

The ten best Formula 1 cars without a win

In Formula 1, one mainly remembers winning and world championship cars. Instead, let’s take a look at the ten best cars


Jackson was deeply impressed – and on top of that, he had the problem that one of his drivers, Tristan Gommendy, could no longer keep his promise to pay. On Monday to Monaco the phone rang at Glock. The change of team should have a lasting impact on the further course of his career.

“The next race,” he looks back, “was Silverstone. I drove out of the pits and knew on the out-lap that this was exactly the car with which I could win. And that’s how it was In the second half of the season we got more points than Lewis. I was right on the podium at Silverstone. “

From there it went for Glock: He never finished worse than sixth in any race in which he finished, celebrated two victories and three more podium finishes and finished fourth in the championship. In 2007 he won the title. A time that he fondly remembers: “The team did a sensational job. They steered my career in the right direction again.”