(Motorsport-Total.com) – McLaren has found a solution to maintain the company’s liquidity over the next few months and avert impending bankruptcy. A lawsuit about the release of loan collateral, which has shown the seriousness of the situation, is now followed by a loan that is essential for survival.

McLaren has run into financial difficulties, but is now getting help from Bahrain


The urgently needed financial injection comes from the National Bank of Bahrain (NBB). It provides the McLaren Group (including the Formula 1 team and the sports car manufacturer McLaren Automotive) with £ 150 million, i.e. the equivalent of just under € 165 million, as a loan in order to maintain day-to-day operations.

It is no surprise that the money for McLaren comes from Bahrain of all places. With Mumtalakat, the royal family there runs a fund through which the state of Bahrain manages various investments. One of these is the McLaren Group, which currently holds 56 percent. And Mumtalakat is also a shareholder (44 percent stake) in Bahrain’s National Bank.

McLaren has got into financial difficulties as a result of the corona crisis. The company announced at the end of May that it had to part with 1,200 employees. 70 terminations affect employees of the Formula 1 team.

Photo gallery: All in white: When Senna tested a McLaren Lamborghini

All in white: In September 1993 Ayrton Senna set out on the track in a McLaren Lamborghini. McLaren wanted to know at the time: can the beefy V12 engine lead the traditional team back to its old strength?


In March, the shareholders put a capital increase of the equivalent of more than 320 million euros into the McLaren Group. The corona crisis, however, caused this amount of money to melt away much faster than expected. Without fresh money (there is talk of around 300 million euros) McLaren can maintain its liquidity no longer than until mid-July.

As a consequence, McLaren has announced that it is open to selling shares – similar to what the Williams team recently signaled. So far, however, no new investor has been found.

July Trial: What It Is About

The trial in London, which was first reported on Wednesday, is about resolving security claims on existing lenders. McLaren has issued bonds in the amount of around EUR 600 million in recent years and had to offer collateral to lenders (including hedge funds and bond brokers). 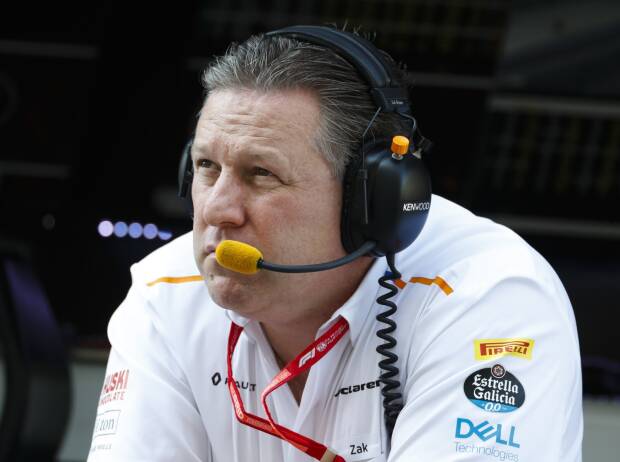 
According to a report by the business magazine ‘Forbes’, the headquarters in Woking and the collection of historical vehicles are declared as security. If the lenders’ security claims are lifted by the court, McLaren could re-lend these assets and, for example, get fresh money from banks.

A verdict in the proceedings was expected in early July. That was before the National Bank of Bahrain came into play. Nevertheless, the process is said to continue to be endeavored. If McLaren were able to have the existing collateral erased, this would enable new financing options in the near future – regardless of the NBB.

In addition to Mumtalakat, the Saudi Arabian TAG group around Mansour Ojjeh (who has just handed over his board mandate to his son) and Michael Latifi, the father of Williams driver Nicholas Latifi, are also involved in the McLaren group. The rest of the company is owned by several smaller shareholders.