(Motorsport-Total.com) – “If it had worked in the background, the second half of my career could have been very different,” says Heikki Kovalainen. What he means: backbench team Lotus (later: Caterham) shouldn’t have meant the end of Formula 1. But things turned out differently and “disappointment” and “frustration” now predominate among Finnish racing drivers.


In an interview with ‘Formula1.com’, Kovalainen explains how he maneuvered himself into this dead end. He speaks of a “rather complicated situation”, which he misjudged in 2009 – which he also regrets in retrospect. Namely the separation from his previous management, which was led by Flavio Briatore.

Briatore was banned from Formula 1 after the “Crashgate” scandal became known. “At the end of 2009, the FIA ​​told me that if Flavio or his management company continued to look after me, I would no longer receive a super license,” says Kovalainen.

That put pressure on the one-time Grand Prix winner: “At McLaren it already looked like I wasn’t going to be kept. And I had an offer from Mike Gascoyne and Tony [Fernandes] on the table who wanted to seal the Lotus contract as soon as possible. “

Kovalainen was forced to act: he separated from the Briatore management and signed with Lotus, a newcomer to Formula 1, where he did not score in three seasons from 2010.

He was THE playboy of Formula 1: Flavio Briatore liked to surround himself and often with beautiful and especially young women. And again they were happy to be seen with him. It wasn’t always a harmless souvenir photo on the racetrack …


Today he sees the deal realistically and says: “It was certainly not the best change. If I had had an option with a slightly better team, I probably would have [anders] made. Back then, I thought it was the right thing to start from scratch with a new team and certain prospects. And at first it seemed to be going in the right direction. “

Concern about another lawsuit

Only the results were missing, Lotus (Caterham) did not make the hoped-for progress. “So the bottom line was a wrong decision,” says Kovalainen, who is now struggling with himself. Also because he turned down a Renault offer for the 2011 season so as not to get into contractual disputes with Lotus.

The reason: Kovalainen is already arguing with Briatore behind the scenes, even in court. “I didn’t want any further legal disputes,” he explains. “That was probably a mistake.” Because without a manager – “my wife and I did everything ourselves” – Kovalainen felt lost. 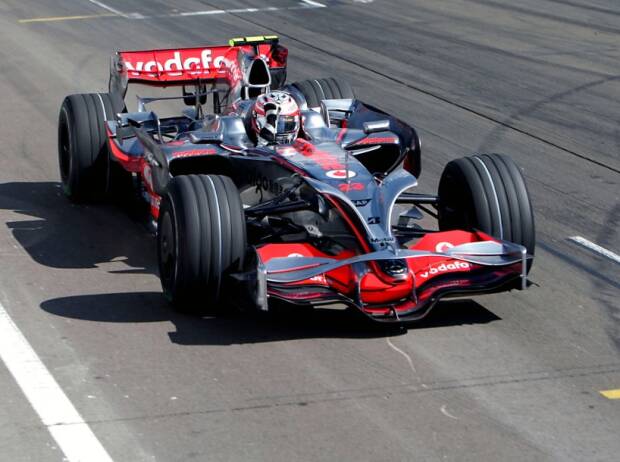 The only win: Kovalainen won the Hungarian Grand Prix in McLaren in 2008


Today he says freely: “I think it was one of my biggest mistakes to leave Flavio’s management company. He negotiated the best Formula 1 contracts and more money for me. So I should have just stayed with him, because he would have gotten me better deals. I am therefore very sorry to have ended the contract. “

Especially since Kovalainen was unable to win a new interest group in the post-Briatore period. Talks with Mika Häkkinen and his management company have simply silted up. “It just didn’t happen,” says Kovalainen. “So I switched to IMG in 2012, which surprised Mika. Since then, our relationship has not been what it used to be.”

“Almost by chance” too many things went wrong in the background. “That was not an intention,” says Kovalainen. “I always tried to do the right thing, had to make difficult decisions. But maybe the biggest mistake was breaking with Flavio. If I hadn’t done that, everything else might have gone much better.”

Kovalainen, who had started his Formula 1 career in the Renault factory team under team boss Briatore, contested his last of a total of 105 Grands Prix in 2013. Record: a win for McLaren, plus two second places and a third place as well as a pole position. In 2007 and 2008, Kovalainen finished seventh in the drivers’ championship. In 2015, the Finn switched to the Japanese Super GT racing series.