(Motorsport-Total.com) – Nico Hülkenberg was allowed to run once in this Formula 1 season: In Silverstone, the German stepped in for Sergio Perez, who was then suffering from Corona at Racing Point – and came in seventh. He is open to further assignments as a replacement pilot.


He particularly regrets that he cannot be there this weekend. Because then the premier class will return to the Nürburgring for the first time since 2013. “I think that’s really bitter”, commented Hülkenberg in the podcast “Nice am Stil” by ‘GQ’ about his absence from the home race. “I’m really sad that I’m not driving this year.”

Even if he admits that the conditions would not have been easy depending on the time of year: “With snow chains. I already have them on my teeth, I could have simply put them around,” jokes the 33-year-old.

He does not remember “when I last drove in Formula 1”, admits Hulkenberg. In 2013, he finished tenth in the Sauber in the last Formula 1 race to date at the Nürburgring. “But I would have loved to go back there.”

But this year he at least had the opportunity to drive the legendary Nordschleife “for the first time really”. “I’ve driven in the past, also for PR purposes. But I never knew the track, and if you don’t know the track, every corner is blind,” explains the ex-Formula 1 driver.


“And if you don’t know, come left now, come right now, you’ve already lost. That’s why I could never really accelerate. And now I’ve really learned it. First virtually, so that I simply knew the route, what was coming when. And then I went there with Danny (Kubasik; general note), we spent a few days there and did track days. “

Hülkenberg’s conclusion: “The Nordschleife is amazing. Probably the craziest track in the world. And also the most difficult track in the world. So dynamic. Many drive it on the Playstation, but if you drive it yourself … The car is yes permanently in motion, every tire, damper, everything works all the time. “ 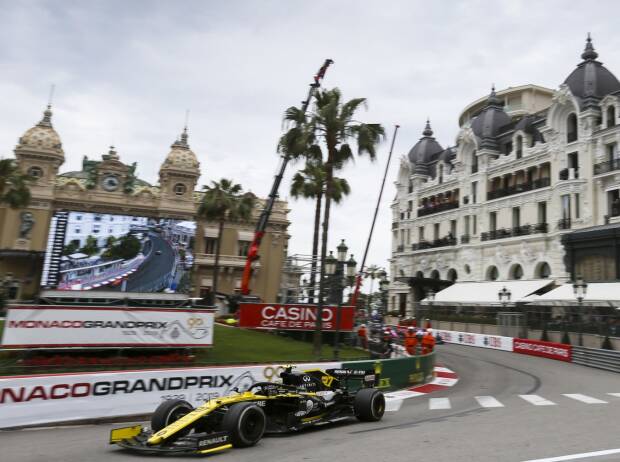 Hülkenberg in Monaco 2019: At that time he did not make it into the points


The German describes the Formula 1 circuit in Monaco, which he counts as one of his favorite tracks, as similarly intense and demanding. “Monaco is so blatant as a driver and so heavy and so intense. The feeling of driving there. It’s so tight, it’s so small, no forgiveness. You just have your heart completely in your mouth the whole time,” he enthuses .

“There is hardly a second where the steering wheel is really straight. You are working all the time, shifting gears, steering. Unbelievably fast, dynamic, intense. That is really fascinating. And you have that feeling, that adrenaline rush hardly anywhere else. “

Aside from Monaco, Hülkenberg has other favorite tracks. “I also like Austin very much. Back then I really liked the track in Korea and in South Korea,” reveals the 33-year-old. “It’s a shame we’re not there anymore. That was also a really great stretch from the river.”

“There is always such a river on a track, if you can really groove yourself in, you become one with the track and the car,” he explains. “Then it will be really cool and exciting. And those are the routes where that is possible. Monaco not necessarily now. Monaco simply because it is such a blatant challenge and so intense.”