(Motorsport-Total.com) – What drive will Red Bull and AlphaTauri be driving with from the Formula 1 season 2022? That’s been the big question since Honda announced it would end its commitment in late 2021. According to Appendix 9 of the Technical Regulations, the engine manufacturer with the fewest teams has to supply a racing team if it has no alternative.

Will there be a new edition between Red Bull and Renault?


Only Renault would be eligible for this at the moment. Mercedes will equip four teams and Ferrari three next year. Renault only has its own racing team, which will be renamed Alpine in 2021. Red Bull and Renault already worked together between 2007 and 2018.

It was a successful partnership with four world championship titles each for the drivers and designers. However, after personal disputes, the relationship did not end well. Could there be a new edition?

“I can confirm that there were no discussions at this point,” said Renault team boss Cyril Abiteboul to ‘Motorsport-Total.com’. “However, we are aware of the rules and intend to meet the regulations and our obligations.”

The first factory Honda was already on a Formula 1 racetrack in 1964. The car will initially be driven by the American Ronny Bucknum.


“Of course it has to be very detailed. We have to be asked what has not happened so far. Second, there are certain circumstances, such as the timing, so that this can happen. We are still a long way from this time window, which will only be next spring . “

“We all know that many things can happen in Formula 1 in a very short time. Spring 2021 is still a long way off. Anything can happen. As I said, we will fulfill our duties should these circumstances arise.”

Abiteboul believes: Renault not Plan A from Red Bull

Abiteboul became head of motorsport for Renault’s Formula 1 division in 2010. After a brief stint as team boss at Caterham, he returned in 2014. When there were disagreements between Red Bull and Renault at the beginning of the turbo-hybrid era, he was there.

Would it be strange if this partnership were to be reissued? “I think so, but we have to look at the sport,” replied the Frenchman when asked. “I think we are still a long way from crossing this bridge.” 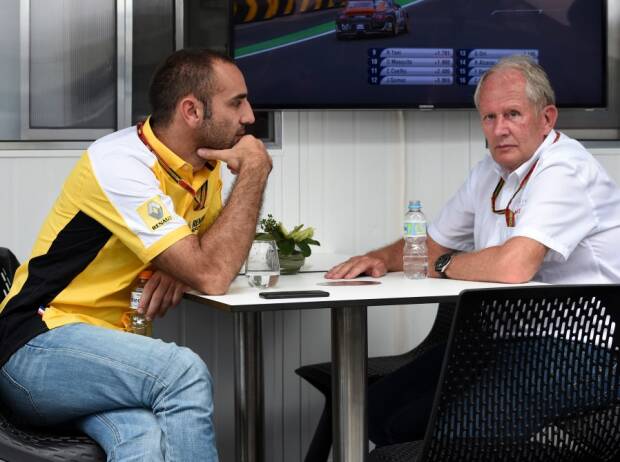 
“I can’t imagine that Red Bull doesn’t have a plan in the drawer. You must have been aware of that, of course. Helmut [Marko] and Christian [Horner] always have solutions ready. I’m not assuming that we are their Plan A. “

The fact that Honda decided to withdraw from Formula 1 came as no complete surprise to Abiteboul: “We know that something like this can always happen. I knew that they had to confirm their position after 2021. Now was probably the time to To do that.”

“Perhaps it was already a sign that the whereabouts had not yet been confirmed. Because we are already very far advanced with the design for the engine for 2022. So I think that was a kind of orientation.”