(Motorsport-Total.com) – The COVID-19 pandemic has resulted in much of the world having to leave their offices to do their home office work. Video conferencing was also very popular, and the video platform Zoom quickly became one of the most used apps in the world.


Not only did important government meetings or a cozy reunion with the family take place, Formula 1 also shaped its future. From home, many decisions have been made that will change sport forever.

Rarely heard voices were also spoken by the new system instead of going down next to the others. Especially Williams team boss Claire Williams was enthusiastic about it: “I am always the only woman in the meetings”, she says to ‘Sky’. “I always count the men in the room, and I’m usually in a room with a little over 30 guys, so I never have a say.”

“But in Zoom you have the possibility to raise your hand. And Nikolas Tombazis from the FIA, who leads these meetings, leads them brilliantly. No one is allowed to speak unless he has raised his hand,” Williams continues.

Claire Williams finally has a say


And that goes in the order in which the hand was raised. “I’m still a little nervous in meetings, even if I raise my hand. But I can raise my hand and then Nikolas says: ‘Claire, it’s your turn.'”

“I’m finally getting a chance to speak because everyone has to listen when it’s your turn. In a normal meeting, you can’t just keep talking or try to have a say,” she says.

The last real Formula 1 meeting took place in a hotel in Melbourne early Friday morning and resulted in the cancellation of the Australian Grand Prix. Since then, the Formula 1 bosses have not only talked about resuming the season, but have also laid the foundation for a more sustainable future.

Normally, one would rather discuss smaller topics in a short video chat. But a move of the new rules to 2022, a new aerodynamic handicap system and, above all, a cut in the budget limit have been determined in recent weeks via zoom meetings

“They were really productive,” says Williams. “It was really incredibly sensible for the future of our sport. We made sure that everything that was necessary was done so that we as teams can have a strong future in sport.”

The complete conversation with FIA President Jean Todt as part of our interview series #thinkingforward.


“I think the FIA ​​and Formula One did a fantastic job of keeping us focused. We had a lot of meetings in the beginning after Australia and they went over four or five hours – that’s a long time on Zoom,” she continues.

According to Haas team boss Günther Steiner, there was better cooperation between the teams due to the importance of the issues, but small political games nevertheless occurred.

“Sometimes you can see that everyone has their own point of view on something,” says Steiner at ‘Sky’. “I wouldn’t say they all wanted to outsmart them, but everyone just tries to do their best where they come from or where they know the most.”

“Sometimes there are a few games where you can see where they come from. Everyone comes to the meeting with this expertise and tries to be the smartest guy in the room with some things,” says Steiner.

Basically, it was “very educated and fair discussions”. “The FIA ​​got really into it too. They worked hard to make all the compromises. It’s hard work because it’s really about the essentials and they certainly don’t have the number of people behind us as we do.”

The team bosses weren’t the only ones who made important decisions in video calls. In the case of Carlos Sainz, his move to Ferrari 2021 was not sealed with a handshake, but in cyberspace.

The Spaniard has done everything possible to keep McLaren bosses Zak Brown and Andreas Seidl informed about the discussions with Ferrari. Although these started in winter, the deal was only finalized when Sebastian Vettel’s departure from Maranello was certain.


Even without personal interaction, Sainz wanted to repay the team’s trust by ensuring that the team knew about his status at all times. “I phoned Mattia (Binotto) here and there, always called Zak, and called Andreas,” Sainz told formula1.com.

“There were of course some zoom meetings like everyone, but the most important thing for me was the clarity and openness of all parties. There were no embarrassing situations behind my back. That makes me incredibly proud and how it all went, makes me very happy. I am very grateful to Zak and his team. “

As a result, there was no bitterness or tension when Sainz Brown and Seidl informed about his decision – even if it was almost like breaking up on the phone. “You were happy for me,” says Sainz. “They congratulated me and said, ‘You deserve it, and I’m sure you’ll do great.’ It’s always nice when you hear it from your bosses. “

The advantages of not seeing everything …

But the zoom meetings also added a few new factors to the important Formula 1 meetings: Because the camera only shows the upper half of the body, you could write to others secretly at the virtual table without others noticing – and they could snacks are secretly eaten.

“I’m not going to reveal who’s in my text chat, but we’re definitely writing with some of them,” Williams says. “And you’re wondering how you can go for a toilet break without the others noticing. I don’t know how to turn the camera off or anything.”

What is going to happen to Williams now?


“You can sit on your lap with a cloth. So I sit there with a good shirt like everyone else and look really smart – but then I have a cloth on my lap and all the snacks are next to me. That’s great!”

And even if Formula 1 starts again in Austria next month, it will still take some time before the normal number of people is back in the paddock and regular meetings are on the agenda.

Model for the future?

Pirelli manager Mario Isola believes that the boom in video conferencing can pave the way for a more efficient approach to Formula 1 politics: “Until a few months ago, every meeting like the Sports or Technical Working Party took place somewhere and people had to be present be, “he told Motorsport-Total.com.

“You come from Italy, Switzerland, the UK or anywhere else and fly to the meetings to be in one room. But now we had some of these meetings as a video conference and it worked quite well.” 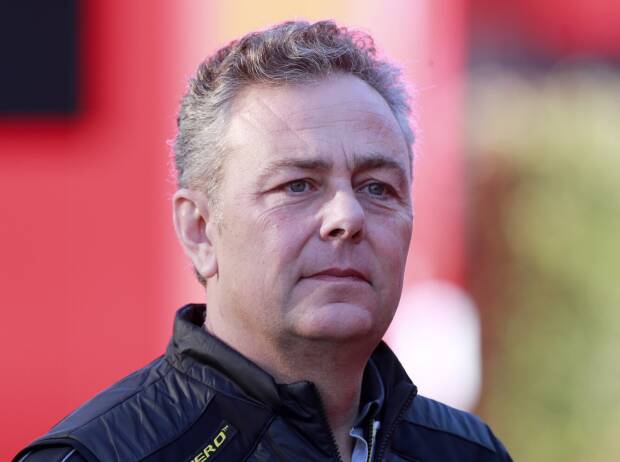 Mario isola would rather only meet virtually in the future


“Maybe that could also be the way for the future because you are just a lot more flexible. If I have to insert three hours or so into my schedule for a meeting, it is different than if I spend a whole day abroad have to get up early, attend the meeting and then be back in the evening or the next day. “

“We save a lot of time with this new system. It works well,” says Isola. “If you have good internet, it works very well. So why not? Maybe that’s something positive that we can learn from it.”