(Motorsport-Total.com) – Fernando Alonso and Lewis Hamilton are arguably the two best Formula 1 drivers of their generation. In 2007 they even drove one season in the same team at McLaren, which ended in the “Star Wars”: Both drivers were unable to work with each other at all and fought so hard that Ferrari and Kimi Raikkonen ended up winning the title.

Didn’t have the best time together: Fernando Alonso and Lewis Hamilton


One who has worked with both drivers is Heikki Kovalainen. The Finn was a test pilot at Renault when Alonso won his world championship titles and moved to McLaren as his successor, where he became Hamilton’s teammate. He can absolutely understand why it didn’t work with the two.

“They both have this killer instinct. It’s the struggle for victory. The urge to defeat the other was too great,” he says in the podcast ‘Beyond the Grid’. “So it’s pretty easy to see why it’s escalating.” He does not want to compare Alonso and Hamilton with each other. “That would not be fair,” he says. Both are “extremely fast”.

Analysis: What are Alonso’s comeback chances?

Fernando Alonso could make a Formula 1 comeback, but not with Red Bull and not with Mercedes, maybe with Ferrari?


When asked which of the two copes better with high pressure, he can only give both a good report. “But I would say that Fernando was more ruthless in his career – at least when I was on the team,” said Kovalainen. “He would always take it to the extreme and maybe play a few more stupid psycho games.”

Hamilton also did this when he was young, but Kovalainen believes that Hamilton now has more confidence in his pure abilities.

“I would say that Fernando has always been pretty aggressive, pretty ruthless and very direct in his feedback with the team,” he continues. Hamilton, on the other hand, was always a little more polite when it came to his wishes.

“But maybe that’s from the background,” said Kovalainen. Hamilton learned from McLaren from Ron Dennis and reflected his behavior. “And with Fernando you could see the behavior of Flavio (Briatore).” And these different philosophies would have made McLaren flammable again in 2007.

Photo gallery: The enemy in your own box

Fernando Alonso versus Kimi Raikkonen: This is the duel that the whole Formula 1 world is eagerly awaiting in 2014. As things stand at the moment, it is the only driver pairing in which two ex-world champions meet, and two very special characters. But there was so much explosive before …


However, Kovalainen admires both for their nature and was able to learn a lot from his career – especially when dealing with the team. Both of them gave very active feedback, “and I’ve sometimes overlooked that in my career,” admits the Finn.

Even if it was just a button that was suddenly in the wrong position on the steering wheel: while Kovalainen didn’t care, Hamilton asked to be relocated. “I never thought of something like that. I thought it had to be there and I could handle it. But both of them valued such small details.” And that has given them an advantage over the years.

But not as well as expected

And just under seven years after his last Formula 1 race, Kovalainen can also admit that the superstars were better than him. In this regard, he remembers his time as a test driver at Renault when there were still different test teams. 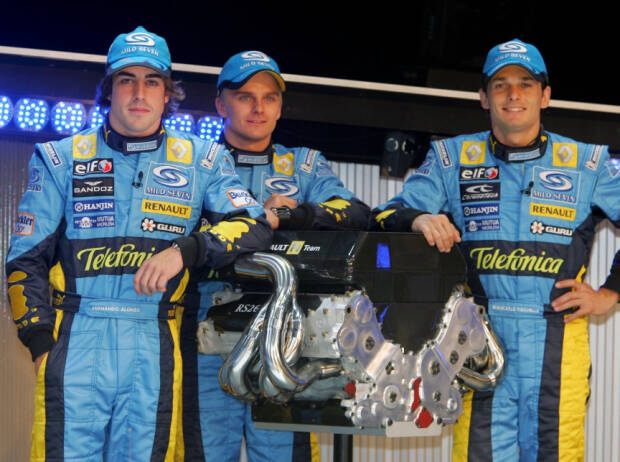 At Renault, Heikko Kovalainen was a test driver behind Alonso


“I often had pretty good programs. I had 22 sets of new tires for a day, and Fernando did front wing tests or anything with engine reliability, so my times looked pretty good,” he recalls. “But I probably didn’t really look at the data to see the truth.”

“Because I often thought that my times compared to Fernando and Fisi (Giancarlo Fisichella; editor’s note) were really competitive. But I had forgotten that they only had four sets of tires and I had 22 sets of soft … “